≡ ╳
Featured
22 Really Shocking Facts About Human Body
These 30 Extremely Creative T-Shirts Will Make You the Most Welcomed Person to Take a Selfie With
See 30 Coolest Selfies in History!
OUR POPULAR POSTS

These Natural Phenomena Are More Spectacular Than Hollywood Special Effects

Even the best directors and artists couldn’t imagine such amazing and breathtaking sights. It’s hard to believe that these weren’t made in Photoshop. Nature keeps on surprising, and our mission is to preserve this fragile beauty. 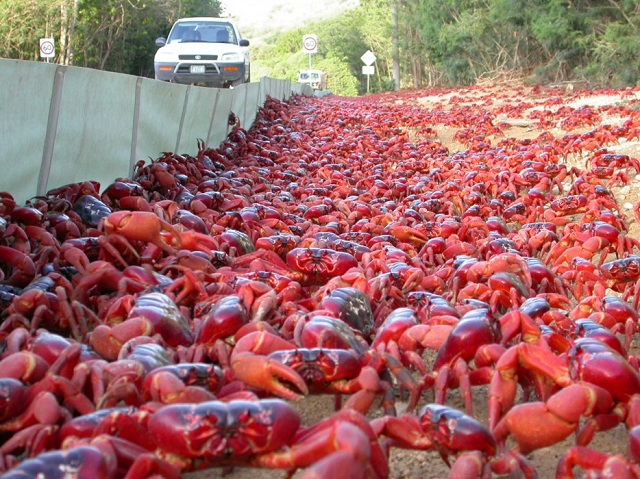 In the fall more than 100 million crabs migrate to the ocean to find a mate, making everything red. 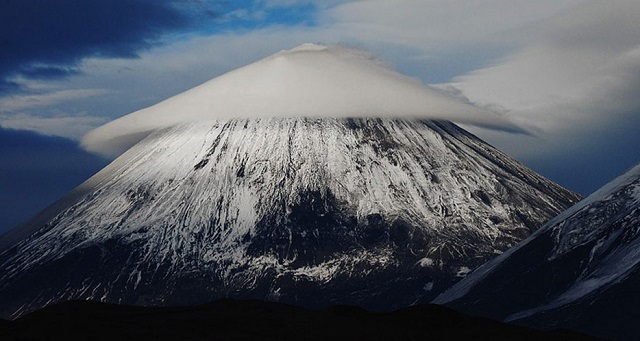 These unique clouds look like a conical hat. Often eye-witnesses think that it’s a UFO. 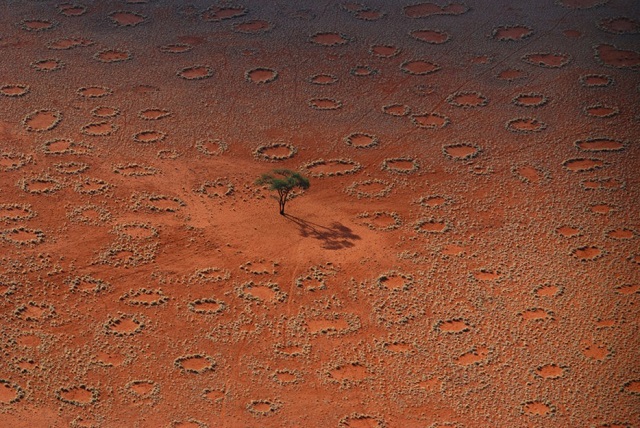 These mysterious African fields are termites’ doing. They pour soil under the circles and nothing grows there. 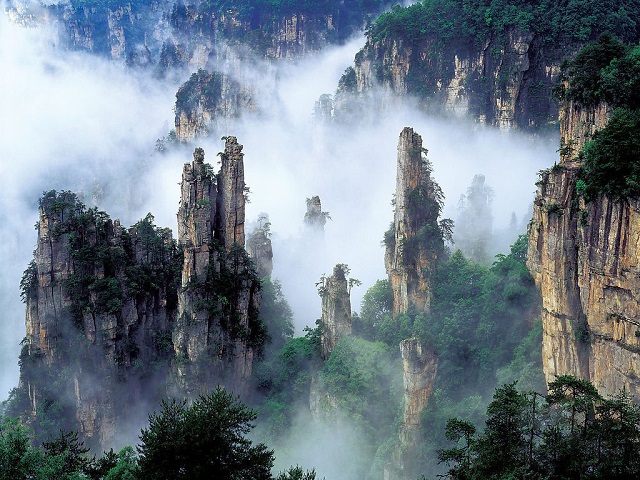 They inspired James Cameron’s film ‘Avatar’. They are also called the levitating mountains. 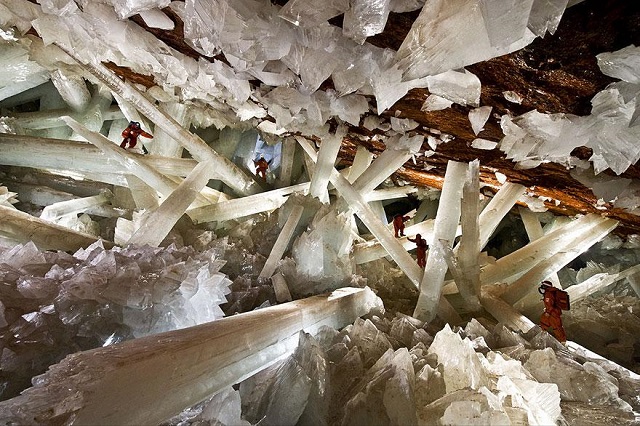 They were formed many centuries ago when an underground spring had frozen. 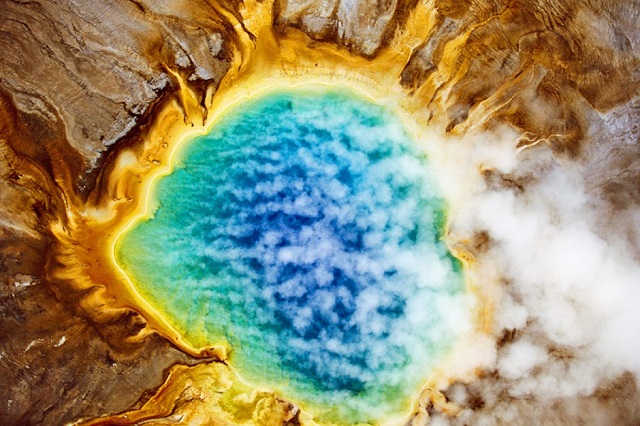 The magnificent colors of the water edge are determined by the bacteria there. 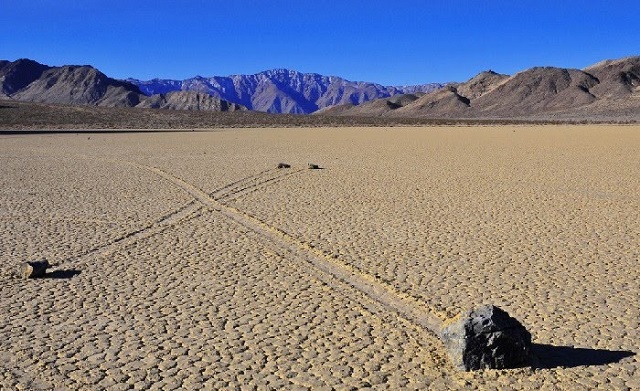 Scientists don’t know exactly what moves these huge stones, but it’s believed that wind and icy surfaces caused this phenomenon. 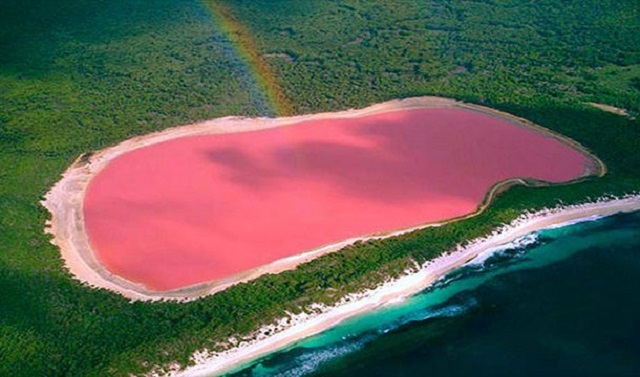 One more unsolved mystery. Maybe bacteria are the first to blame when no one has a better idea. 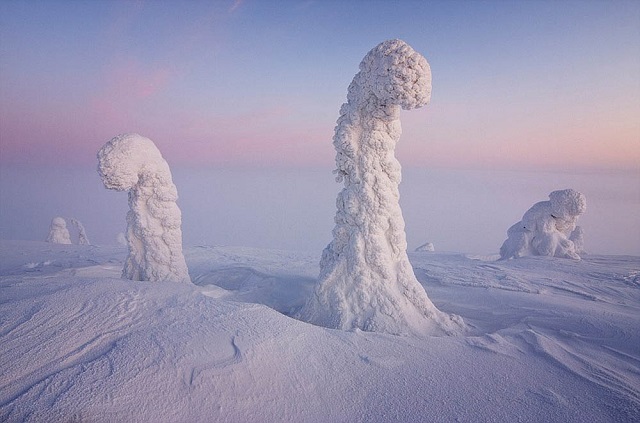 This is how trees look in Finnish Lapland. 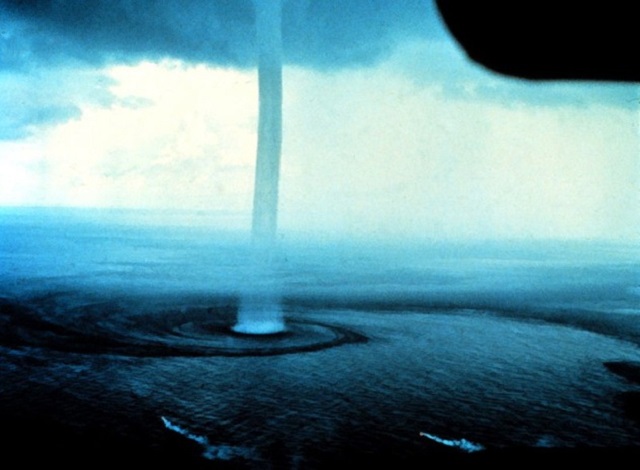 These are water tornadoes that are believed to be the cause of many shipwrecks. 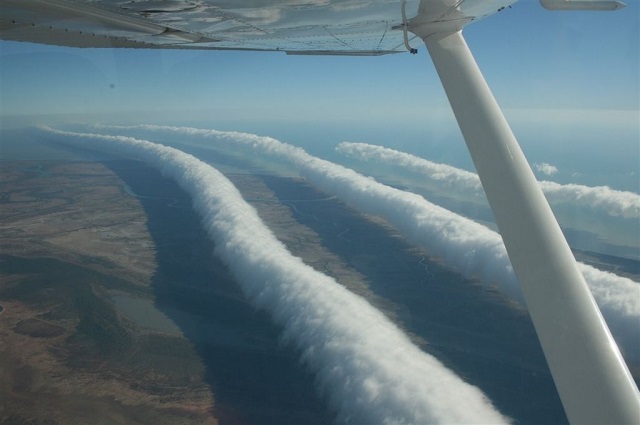 This rare type of clouds appears in Australia every spring. It looks like giant Adidas stripes that are extremely dangerous for planes. 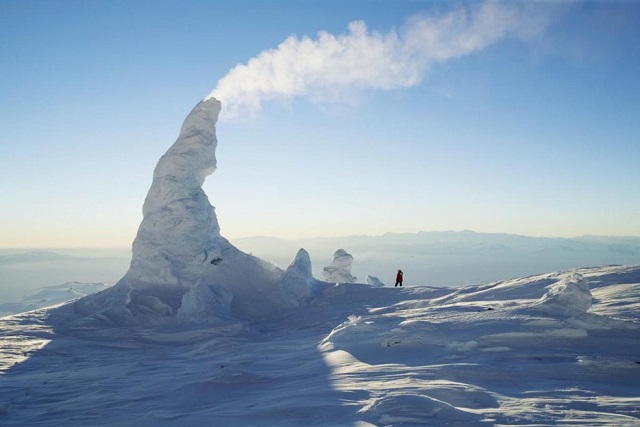 Volcanoes can freeze, at least over-ground. They smoke like Granny’s chimney. 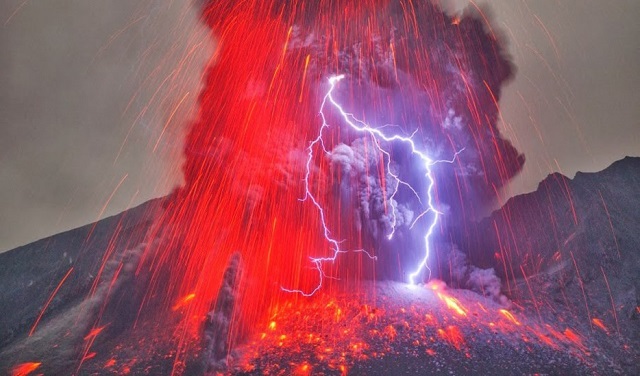 It’s not a time machine bringing Terminators from the future, but volcanoes have huge electrical potential that can produce real lighting storms.

Phytoplankton glows along the beach making a fantastic honeymoon decoration.

The Gateway to Hell, Turkmenistan 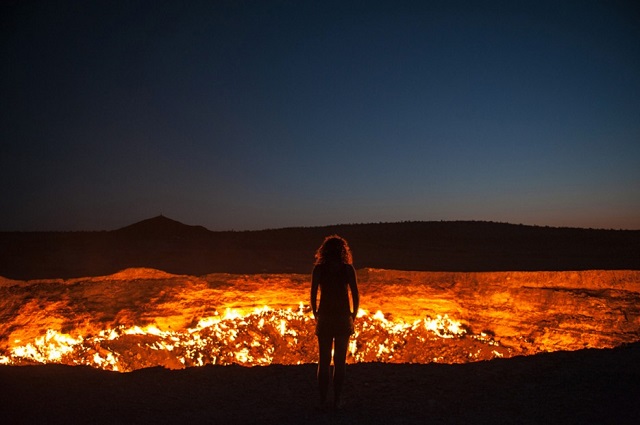 This split was located in 1971 and since then natural gas inside has been burning constantly. 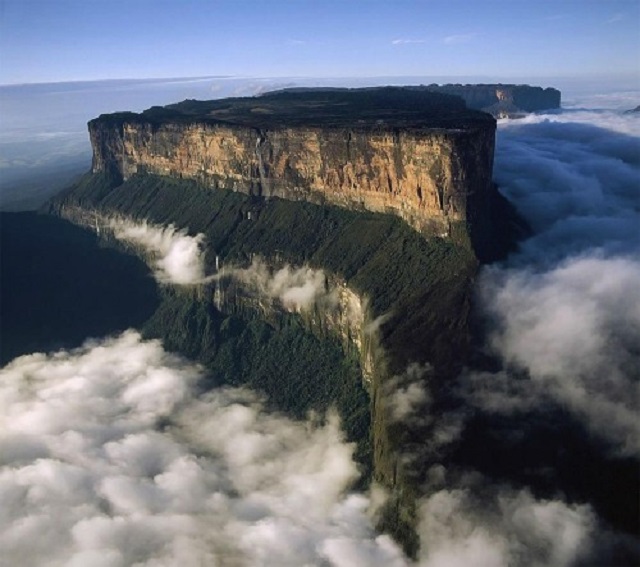 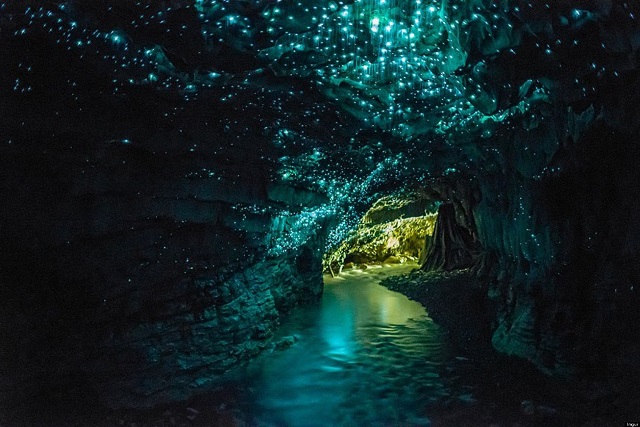 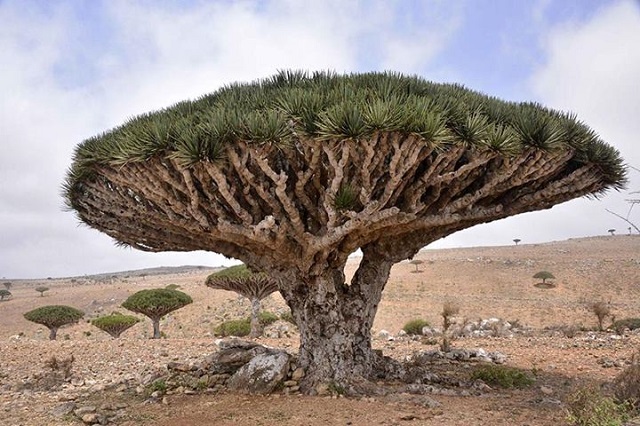 It’s one of the most unique islands on Earth. About 30% of its plants are endemic. 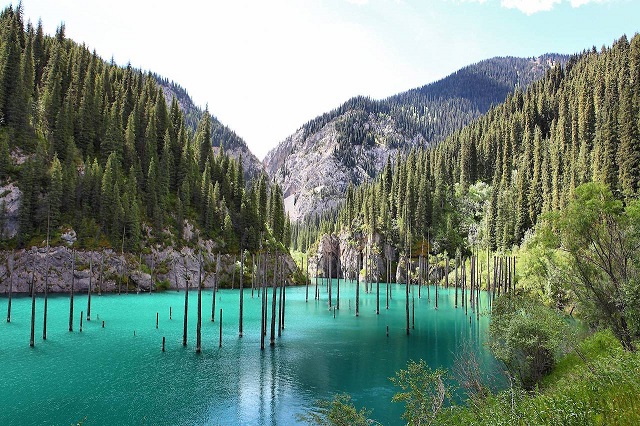 These trees were flooded after tectonics in 1911. 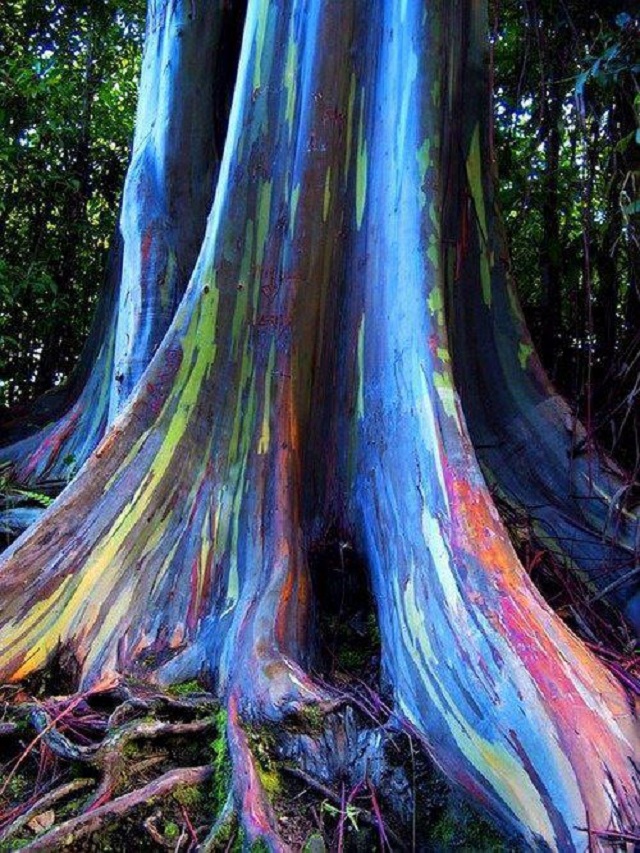 There are so many miraculous phenomena that are worth exploring. It’s like a trip through the adventure stories you read during your childhood.